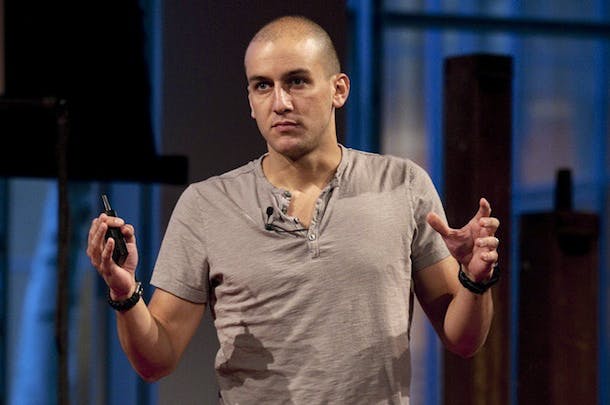 This is a guest post by Ari Meisel of Less Doing.

Back in 2007 I was diagnosed with Crohn’s disease, which is a horribly painful, supremely embarrassing and most importantly, incurable disease. At the time I was about 30 pounds heavier than I am now, incredibly weak, in pain pretty much every day and spending an enormous amount of time in hospitals. After extensive tests (the doctors performed colonoscopies, Barium Transport studies, and blood work), they determined that I had severe Crohn’s throughout my small and large intestines and parts of my stomach.

It seemed every time I went to the doctor after that there was something else wrong. The next time in my liver seemed to be failing and the time after that I was developing kidney stones.

My body was shutting down.

It was giving up and worse than that I was giving up. I was quitting on myself before I even got out of bed in the morning. Within a couple months after I was diagnosed I was taking 16 pills a day, including systemic steroids and a drug called 6mp. Systemic steroids were turning me into a irritable lunatic, and had me up 5 times a night to go to the bathroom. 6mp was originally developed as a leukemia drug, so it was essentially like being on a chemotherapy.

For six months I was throwing up every day and my hair started thinning. For that I was put on Propetia which destroyed my libido and had me so emotional that any time a commercial with a baby or a puppy came on I’d shed a tear or two.

Now this emotional and physical beat down could not have come at a worse time in my life because I was just at the beginning stages of a very serious relationship with a girl named Anna I’d known since I was seven. That’s the problem with diseases like Crohn’s and many others, they have a real knack at hampering your social agenda.

Nobody wants to talk about their having to go to the bathroom every ten minutes or about the pain that they’re feeling: so unfortunately these diseases usually go undiagnosed for years and by the time people figure out what’s going on they’ll turn to the most conventional treatments which may work but usually have some horrible side effects.

So after one particularly terrifying night in the hospital where I literally thought I was going to die, I had an epiphany: my body was broken, clearly, and needed some serious tinkering. I had an absolutely amazing doctor, who I love and he did everything he could for me, but now it was my turn to take over. I needed to become an expert on ME.

Becoming an Expert on Yourself

Anna, by then my wife, was a yoga instructor and she turned me on to the practice of yoga where I found that the twists massaged my internal organs, the inversions invigorated my nervous system, and the overall practice calmed me.

I also had to look at nutrition; we needed to reboot my body. I went completely vegetarian for three months (which was crazy because at the time we thought that iceberg lettuce was the first thing that put me in the hospital). I hadn’t had greens in over two years, but suddenly I was eating hardy foods like kale and mustard greens and enjoying whole grains like quinoa and millet. I replaced milk with almond milk and butter with olive oil. I tried experimenting with dozens of supplements: everything from north Atlantic krill oil to Amazonian cats cloth. I became an EMT and also a yoga instructor in order to deepen my knowledge of the human body.

See, I’d been in so much pain for so long and become so angry with my body, it wasn’t enough to just beat the disease, I had to scare my body into submission so that it would never try something like this again. I turned to extremes and by that I mean endurance sports.

Pushing Your Body to the Extremes

Basically, Crohn’s was the hardest thing I’d ever dealt with in my entire life and the plus side of that is that it gave me perspective. I never sweat the small stuff any more after that. But now, I needed something even harder for my body in order to give me perspective on my disease.

My first training run ended after three miserable blocks in a heap of gasping curses. But I kept at it and that's when I started becoming a data expert.

I started testing myself in every way I could think of. From lactic acid thresholds to genetics, semen analysis and even dual x-ray absorptiometry just to benchmark what I was doing. I produced hundreds of pages of numbers, figures and correlations and became very good at identifying and exploring possible correlations. Pretty soon I was doing 3,000 meter sprint intervals in the pool and 5 hour bike rides. 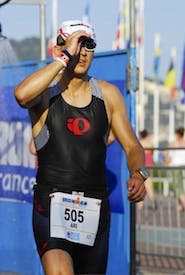 In January of 2010, I stopped taking my medicine completely and in June I competed in the mighty Montauk Olympic distance triathlon. A couple months after that I went back to my doctor for some testing, and remember, Crohn’s is an incurable disease.

The letter I got from my doctor essentially said that they could no longer find any evidence of the disease in my body. After that I set my sights on Ironman France, completing is in just under 14 hours last June.

I am not a doctor, or a medical researcher, or even a recreational drug user but I chose a path of becoming just expert enough to dabble into every field I thought might help me in my quest to overcome the insurmountable. Now I use this knowledge and my experiences to help others with the challenges they face, both with their own bodies as well as the outside world. Achievement Architecture shows people the way to be more effective at everything.

If an incurable disease can be beat, anything is possible.

Note from Caleb: For more on Ari's story, check out his TEDx talk below.